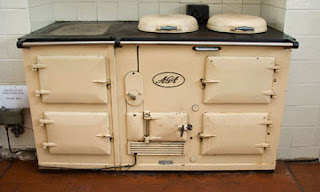 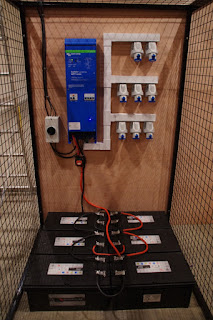 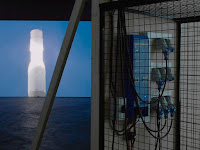 Another Solar PV system for the RNLI 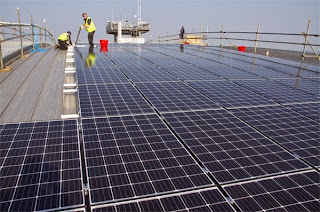 Our recent completion in time for the April FiT drop, of a 133kWp Solar PV system on the RNLI Lifeboat Support Centre in Poole will not only massively reduce their power bills, but will provide the Nations favourite charity with healthy Feed in Tariff payments for the next 20 years, not to mention a far lower carbon footprint in line with new legislation coming soon. 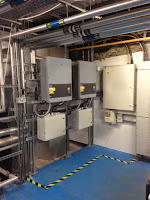 Using leading edge solar technology to get maximum efficiency for the RNLI, no matter what the weather conditions! We have used the new SMA Sunny Tripower 60kW inverters for efficient power conversion, negating the need for an array of smaller inverters where inefficiencies can cumulate to result in lower performance. See SMA Website for more information on these inverters. This RNLI project is the largest rooftop system so far to use the Tripower 60's .

For the rooftop, we chose JA Solar 285 Percium Monocrystalline modules that offer a really good output for the square meterage we had available on the Support Centre roof. Getting 133kWp onto the roof AND leaving the required service boundaries around roof lights and man safe systems made the JA 285's the only choice to use for staying within budget.

The RNLI's Lifeboat Support Centre is the national hub for all engineering and service warehousing, operating a 24 hour a day service to ensure the downtime of any lifeboat malfunctions kept at a minimum. The electrical standing load of the premises is pretty much the same as any larger office premises. Due to this, the payback period of this new PV system will be within 6 years, with another 14 years of lower power bills and FiT payments coming in. It's a brilliant long term investment for the RNLI to support their lifesaving operations.
Posted by Chris Rudge at 14:07 No comments: