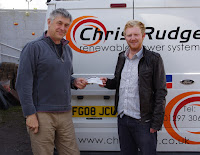 Based in Seaton, Oliver Dowling has gone on to graduate with honours from Kingston University in film and creative writing. His passion for comedy was rewarded in 2010 when he won the award for 'Best original Joke' on BBC Radio. He co-wrote and starred in television series pilot 'Clive', and has been a guest speaker several times at the London Comedy Writers Group, based in the heart of London's west end.
Joel Emery graduated from Middlesex University with a first, and has since worked on various projects. His short-film 'Exposures' was shortlisted on several national film festivals. He collaborated on 'Clive', co writing with Oliver Dowling and directing the pilot. Joel currently works for the BBC, as head of graphic design and moving images on such shows as Match of the Day and Football Focus.
Adam Jarrell is an actor/singer who has performed all over the world, ranging from cruise-ships to international tours. His debut feature film 'Nuryan', in which he played the lead, won the prestigious 'Best Film' and the London Independent film festival. Adam also played one of the lead characters in the award-winning production of Stephen Sondheim's 'Assassins' at the Union Theatre, Waterloo in 2010. He is currently on tour with 'Joseph and the Amazing Technicolor Dreamcoat' in which he is receiving rave reviews for his portrayal of 'Pharaoh'.
Posted by Chris Rudge at 04:47