Yet another update on the FiT situation 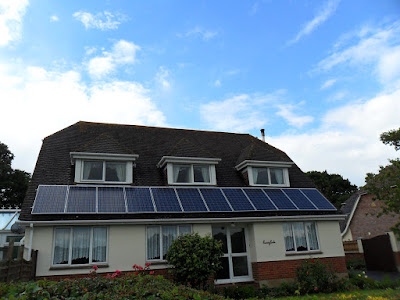 We have been getting quite a lot of phone calls from people asking about the current situation with the Feed in Tariff while the Judicial Review appeal is in progress.

As can be sen from todays update email from RegenSW (below), if you have a system installed beween now and April you will get 21p a unit (which still works out at 9% return at the new install costs), and you MAY be in with a chance to get 43p a unit if the JR appeal does not come out in favour of the Government. If you leave it till the decision date, in early Feb, to get a system installed, you may be already too late as installers schedules will be filled by booking a system to get in before April's reductions.

News From REGENSW..The latest round of the legal battle over the FiT on Friday has led to yet more delay over the future of scheme with the judges indicating they could take weeks to come to a decision on the government's appeal (our prediction on Friday of a conclusion this week now looks rather too hopeful). So where does that leave us?

Legal battle
The legal argument is over whether the government acted lawfully in proposing a change in FiT rates from a date (12 December) before it had completed the due process needed to make changes to the regulations governing the scheme. In December a court found the government approach to be illegal, the government appealed in January and we now await the conclusions.
If the government wins it will announce the results of its consultation and lay regulations to implement its conclusions. It is almost certain that it will decide to reduce rates for any solar installations since the 12 December to those it proposed in the consultation. DECC has explicitly said the rates won't be reduced below those they have proposed without a further consultation. Other issues such as the introduction of energy efficiency requirements are also likely to be introduced.
If the government appeal is rejected the rates prior to the consultation will be reinstated (or, more accurately, will never have been reduced). The government will then lay regulations to reduce the rates as soon as possible. It seems unlikely it could achieve this reduction much prior to 1 April 2012. There would, inevitably, be a further rush of installations taking advantage of the high rates between the judgement being announced (probably early February and the regulations coming into effect to reduce rates (around 1 April). This is unlikely to be welcomed by anyone in the industry who want a stable long term market.
Longer term
The government has promised a 'phase 2' consultation on the overall shape of the Feed in Tariff across all technologies. This will look, for example, at how rates are adjusted more effectively than the current chaos. If it wins its appeal we can expect that consultation rapidly. If it loses I would expect this to delayed whilst the implications are considered, particularly the impact on the budget.
Whatever the outcome the pressure from Treasury will be for the Feed in Tariff move to 9p per kWh for solar systems of all sizes. This is the level of subsidy offered to offshore wind and the government's Renewable Energy Roadmap made clear any renewable energy subsidy above this level will be carefully scrutinised. Once solar can compete at this level it will be much less vulnerable to short term policy shifts.
Posted by Chris Rudge at 10:37